Just blocks from the surf in Del Mar, our Brazilian jiu-jitsu club in San Diego cultivates the perfect balance between the Art of Jiu-Jitsu and enhancing your everyday life. Serving Del Mar, Solana Beach, Carmel Valley, Encinitas, and other San Diego communities.

We offer a variety of classes designed to match your jiu-jitsu journey including adult gi, no-gi, kids jiu-jitsu, and private lessons. The club is centrally in Del Mar, making it easily accessible from anywhere for BJJ in San Diego. Still unsure? Call or sign up for a free jiu-jitsu class and try for yourself!

Incorporating the gi or kimono, our adult classes involves learning how to take down the opponent, controlling them, & potentially submitting them through the application of joint locks and chokes.

Our No-Gi classes are great way to learn the same modern jiu-jitsu taught in our traditional gi classes, including both fundamental and advanced lessons.

To many‘s surprise, Mike’s training didn’t begin by influence nor by lineage. Rather, it was kickstarted by casually watching one of the greatest UFC comebacks (Mir vs. Lesnar) in February of 2008. It was from there that Mike defined his passion to pursue a sport that embodied all the traits that were showcased in that fight (Adversity, Knowledge, and Stamina). From there, there was no looking back.

In only seven years Mike was presented with his Black Belt under Johnny Faria (owner of Alliance Jiu-Jitsu), a feat that many would deem as nearly impossible. Though throughout his training and competing he began to truly discover his ultimate dream, teaching. It was in August of 2015 that – that dream became a reality when he opened up Del Mar Jiu-Jitsu Club.

Mike has considerable experience as both a coach and mentor for students of all ages. He has a proven track record of successfully introducing students to Jiu-Jitsu, and guiding them along in their journey. He is also the only Level 2 Suples Strong Certified coach in San Diego.

He whole-heartedly believes that every student that participates is unique. Thus, he adapts his instruction to each student’s individual needs. The result is an efficient route to reach both the mental and physical goals that you set for yourself. All of this is done in an environment that is both fun, productive, safe. 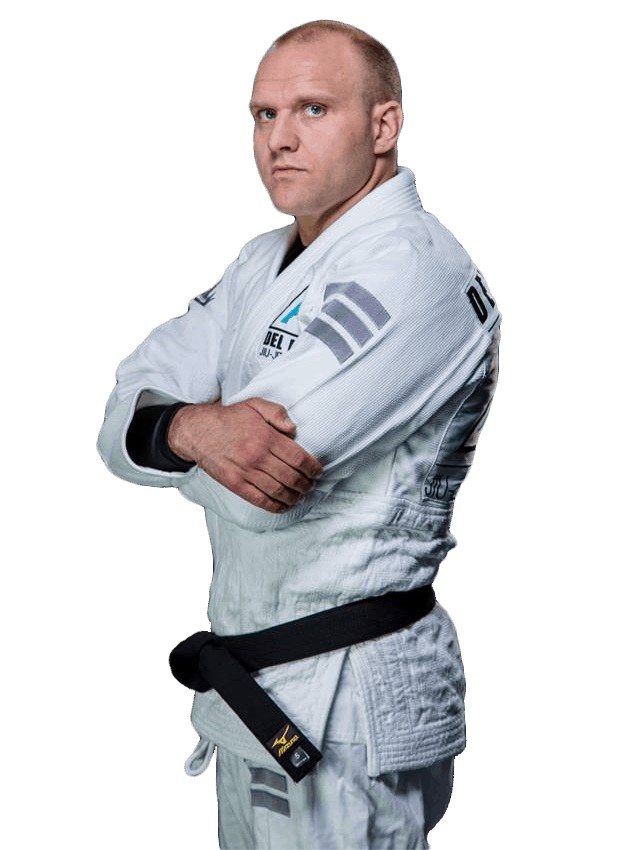 There’s something special about watching a fathe